If we can just hold on a little longer, spring is coming. How do I know? Robins, dark-eyed juncos and rufus-sided towhees are back at the feeders. 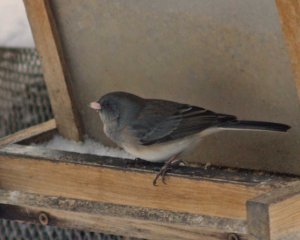 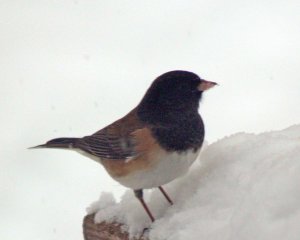 This dark-eyed junco looks more like the next bird, a rufus-sided towhee than the previous junco. But compare the beaks. 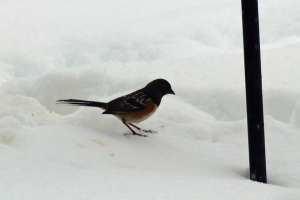 Rufus-sided towhees have more distinct wing bars and a dark beak compared to the juncos. They are also a bit larger than juncos. 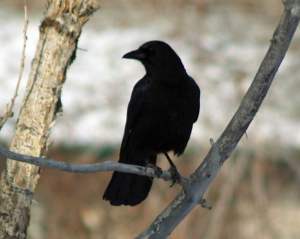 This crow made to most un-crow-like “B’Dong! B’Dong!” call. Some people felt it sounded more like “Hello! Hello!

One man walking by stated that it was “a crow mating call.” I haven’t been able to confirm that crows make a very un-crowlike “B’Dong! B’Dong!  B’Dong! B’Dong!” when searching for a mate, but I can’t deny it yet, either. It does say that crows are capable of some very odd sounds, well beyond the classic “caw”.

So hang in there! The weather for the rest of the week should melt off some snow!

2 thoughts on “Spring is coming. Really.”