When my husband and I weren’t watching whales, we were tooling around the island. At one point, we found some green sea turtles.

According to the locals, they’d hauled themselves out on the beach to warm up. 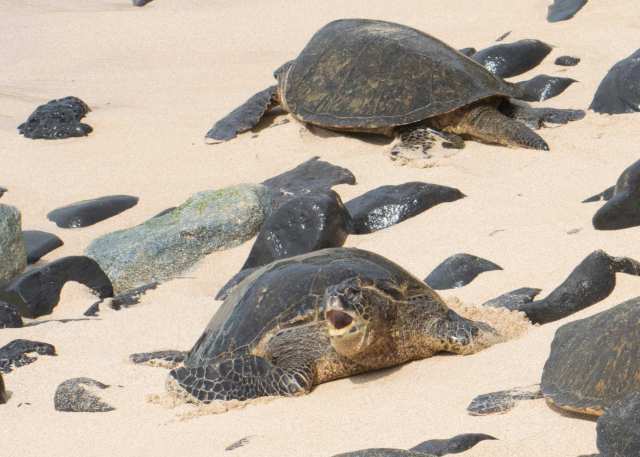 One had encountered a shark, the only predator of adult sea turtles besides humans. 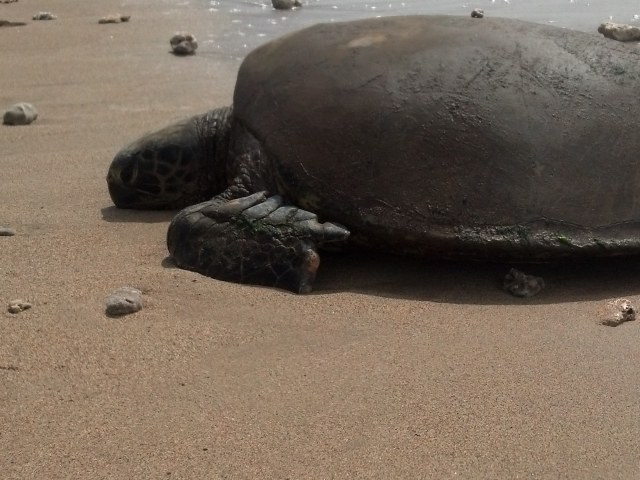 The pale nub on it’s flipper is the stub of bone exposed when a shark bit off the tip.

One of the things that surprised me the most about Hawai’i was the variety of volcanic rocks. I expected lots of basalt flows, created by lave running from the volcano to the sea. 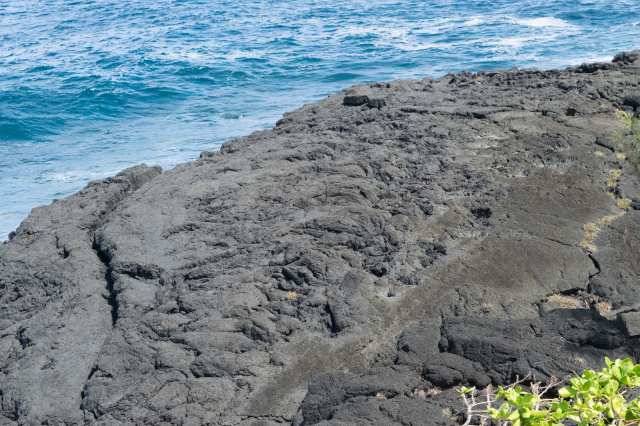 But the basalt was layered with ash.

Ash layers can be identified between the basalt flows because they have eroded into the cliff a bit.

In fact, the summit of Haleakela, the most recent volcano on Maui, is made up mostly of ash.

I can  see why NASA tested Mars rovers on Haleakela.

Lower down, though, the volcanic rocks made hundreds of small pools that are one of the reasons so many people fall in love with Maui.