The first day was supposed to be reasonably easy, from Corbridge to Chollerford. 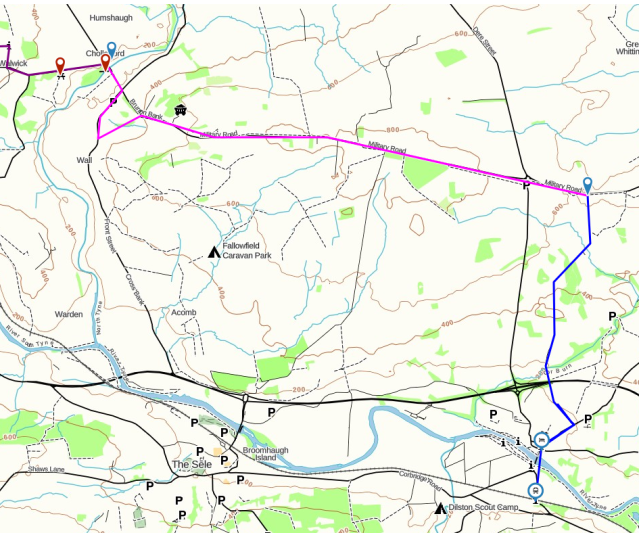 We actually went to the east a bit, and came onto the Military Road about where the eastern most trail hits it.

Corbridge started as a Roman town that predates the Wall. At first, the Romans figured they’d steamroll over the local population of Britain just as they had pretty much everywhere else up to that point. And they did a fairly good job of it — they pacified the English lowlands, Cornwall and Wales with a mixture of local alliances and the best military the world had ever seen. Caledonia (Scotland) was next on the list, and they had forts and patrols well into the northern reaches.

But the Britons under Roman control didn’t want to stay under Roman control. For most of the Romans stay in Briton, they had 4 legions there — more than they had stationed anywhere else in the Empire. Coria (or Coris, or maybe Coristopetum) — the current Corbridge — was one of these early garrison towns.

We started our hike by leaving Corbridge and heading north to the Wall. Our guidebook had clear and detailed instructions on several routes we could take. Being anxious to get on the Wall, we chose the most direct route.

Everything went well, until the guidebook said “…cross the style and follow the path to the next gate…” The problem was that the style crossed into somebody’s cow pasture — complete with bulls, to whom I give a lot of respect — and there was no obvious path. We were sure there must be some mistake. I mean, in the American West, if you walk through somebody’s field, especially one where there livestock, you could get shot.

After a loud discussion, we decided to find one of the other, longer routes to the Wall.

This ended up taking us two very hard miles, and two hours out of our way. So much for it being an easy day. But along the way, we were offered help by people who saw that we were very obviously lost. They nudged us back to the right path, and we eventually came  out at Aydon Castle. This was fine, because it was supposed to be in really good condition. Unfortunately, the hours had changed, and it wasn’t open the day we were there. 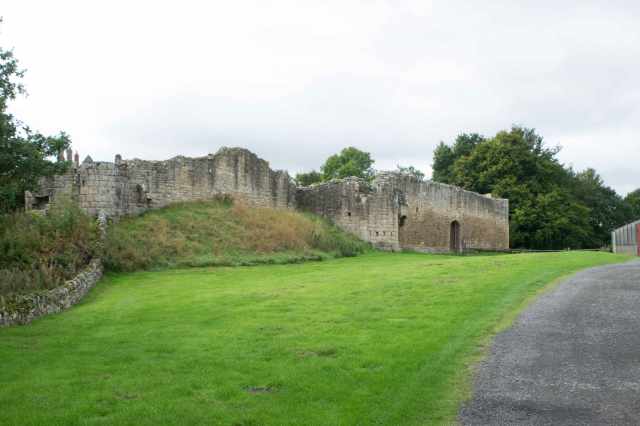 From Aydon Castle, we were on a road that took us up to the Wall without further incident. 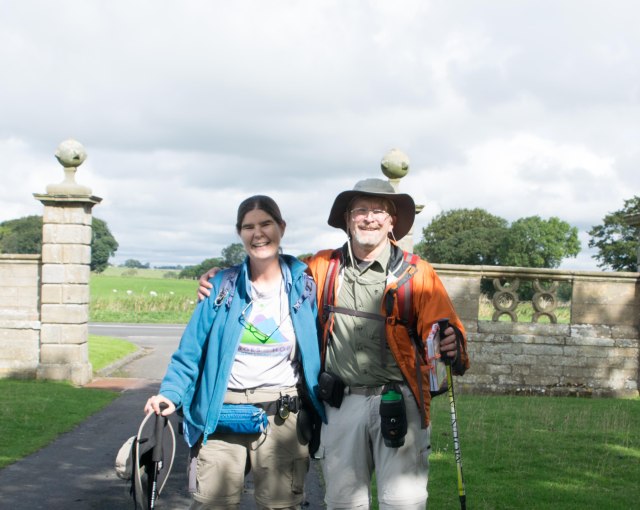 We Reach the Wall at Halton Chesters Fort. The Roman Wall is not the new structure you see behind us, but rather is under the road in the background.

Just getting to the Wall felt like an achievement.

Finally at the Wall, we walked west along the “Military Way”, still in use as B6318. This road runs along, and over the Wall for miles. Why? In 1746 Jacobites in the north revolted to put Scottish “Bonnie Prince Charlie” on the throne. The British Army objected, and pursued them across northern England and into Scotland, but it was hard going. So the Army built a road. The easiest place to put a road was where the surveying and grading had already been done, even if that meant flattening a 2000-year-old structure. This was war.

Once the Wall started coming down, others joined in, and stones were scavenged and reused in local buildings all along the route. This means that the only places where the Wall survives is where it was too much trouble to tear it down.

So we followed the Military Way, climbing steadily until we reached Chollerford, and Chesters Fort.

We finally began to see bits of the wall outside Chollerford. 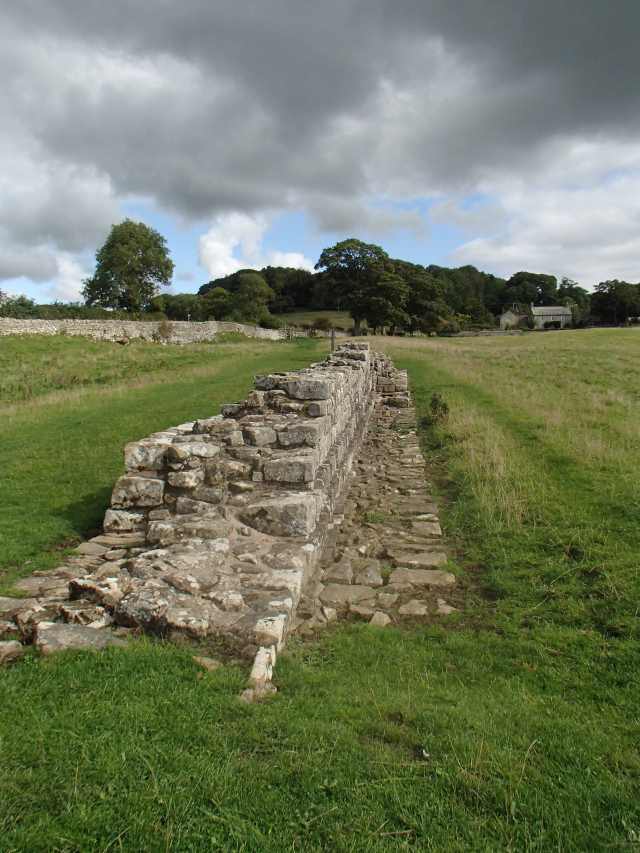 You can see that the foundations of the wall are much wider on this section than the Wall itself. Sometime while building the Wall, somebody decided it would be cheaper and faster to build it narrow gauge.

Chesters Fort is just before you reach the little town of Chollerford. The Romans built it on the Wall to defend a bridge over the River Tyne. 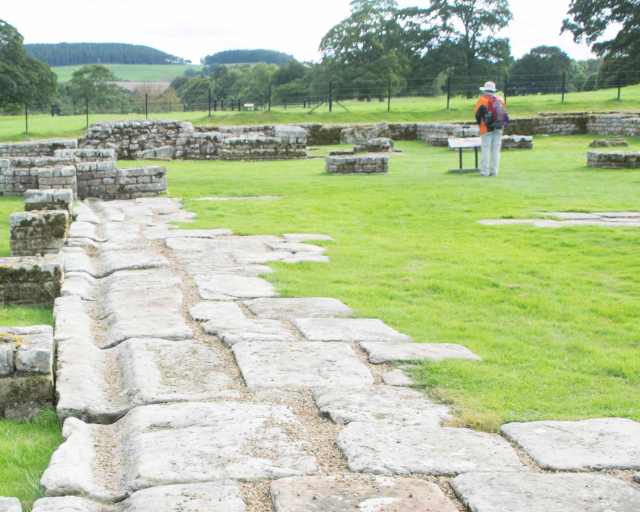 Chesters Fort held a cohort of cavalry — the rapid response team of the day.

After a surprisingly hard day, we collapsed and called it good.

Amy Law is a science geek. She feels about science the way some people feel about music, or art, or sports – a total and complete emotional connection. She thinks in science. For Amy, there’s nothing better than helping people see the beauty of science as she does. She loves to untangle a complicated subject into its parts, explaining it so that anybody can understand what’s happening. Let her show you her world...
View all posts by Amy Law →
This entry was posted in Colorado Mileposts and tagged Hadrian's Wall, History. Bookmark the permalink.